By Oliver Price for Mailonline

Prison officers have been sent to ‘joking workshops’ with equality experts so as not to offend inmates after delays filed 51 offensive language complaints in a year.

Heads of the 1,000 capacity HMP Moorland prison in South Yorkshire sent 16 staff to the workshop as part of its equality and diversity programme.

A report on the prison released this week by inspectors from the Independent Supervisory Board (IMB) said the workshops were aimed at determining what kind of “chatter” was appropriate.

Heads of the 1,000 capacity HMP Moorland prison (pictured) in South Yorkshire, sent 16 staff to a ‘joking workshop’ as part of its equality and diversity program

The report found there had been 18 Discrimination Incident Report Forms (DIRFs) – formal complaints to the governor of bias or discrimination – submitted by prisoners about staff over the past year.

There were also 33 DIRFs submitted by inmates complaining that other inmates had used offensive or discriminatory language against them in the past year.

Prison bosses have decided to hold “banter workshops” to ensure prison staff don’t inadvertently offend prisoners after the 51 complaints – just under one a week.

The report states: “There were 18 Discrimination Incident Report Forms (DIRFs) submitted relating to staff and 33 relating to prisoners during the reporting year.

“Fourteen (of the complaints) were investigated by the IMB, the majority of which complied with DIRF guidelines for Moorland Prison.” 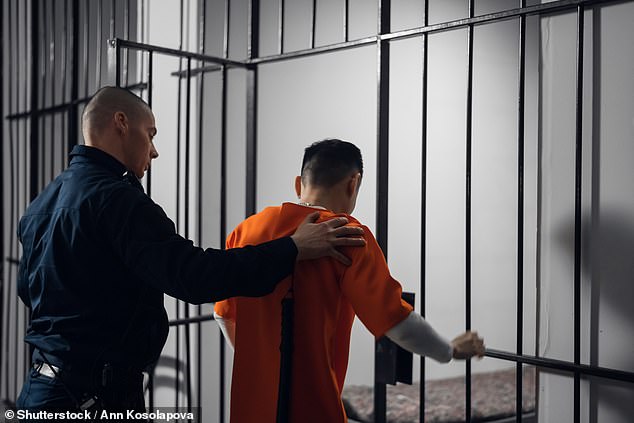 ‘You can barely take the mick off the football team that someone is supporting,’ prison source says (stock photo)

The three kinds of jokes according to the experts

The Anti-Bullying Alliance says there are three types of jokes which are:

The report added: “DIRFs received were found to have been investigated and responded to within a reasonable time, and responses were polite and professional.

“The concerns identified have been raised with the Equalities Manager and, where appropriate, the practice has been addressed.”

He added: “Moorland Prison offers online equality and diversity training for staff, with 49 staff having completed it in the last year.

“During the year, 16 members of staff took part in ‘gossip’ workshops, discussing when ‘gossip’ can be considered offensive/discriminatory.”

A prisons source – who has worked in prisons across the UK for the past 15 years – said: ‘There are all sorts of initiatives and workshops these days to ensure that prison officers don’t break the rules of equality, but a joke workshop is a new one on me.’

He said any reference to another prisoner’s “protected characteristics”, such as sexual orientation, disability, age, weight, religion, weight or nationality, would be prohibited.

He said: “You certainly can’t make jokes about someone’s weight or nationality, and any reference to disability or religion is a complete no-no.

“You can barely take the mick out of the football team that somebody’s supporting.”

Employment law experts say jokes can sometimes be ‘positive’ – and can ‘reduce stress and defuse tension’.

However, this only works when the people the jokes are directed at are “on the same page”.

They say anyone who spreads jokes, rumors or excludes other people in a “negative” way is simply “bullying”.

A Prison Service spokesman said: ‘This short course helps us retain staff so we can rehabilitate more offenders and ultimately reduce crime.’