Some professional organizations are under pressure to rethink their annual meetings in light of state restrictions on abortion passed in the wake of the overturning of Roe v. Wade on June 24.

Several economists have asked the American Economic Association (AEA) to move their annual conference scheduled for January to New Orleans, as well as that scheduled for the following year in San Antonio. Both of these states enacted strict abortion bans after Roe’s overturning, though they were temporarily blocked by the courts. On social media, other professionals, including those in medical fields like public health and orthopedics, have expressed similar concerns about the events planned in Georgia and Tennessee. The American College of Obstetrics and Gynecology has canceled its 2023 annual meeting that was scheduled to take place in New Orleans before a final decision on Roe was announced, citing concerns about Louisiana abortion laws.

The rapidly changing abortion access landscape presents a challenge for organizations looking to restart in-person meetings after two years of largely virtual events during the pandemic. Changing the location of a large conference can be costly for organizers, but gathering in places where reproductive health care is compromised can pose a risk to attendees.

“To protect the health and well-being of all AEA members, I encourage the Executive Committee to move the meetings from 2023 and 2024 and to commit to holding future meetings in states where the rights of women with necessary pregnancy care are protected,” reads a letter signed by seven economists and shared by Pamela Jakiela, professor of economics at Williams College.

The appeal to the AEA explains that the organization’s annual meetings are an important networking opportunity for graduating doctoral students, “and a necessary step in the process of obtaining academic employment in an economics department in the United States. United States”. But restrictions on reproductive health care in Louisiana “place an undue and differential burden on young women in the economic profession,” the letter asserts, forcing them to consider the risk of needing unavailable medical care versus the professional obligation to attend the meeting.

The AEA Annual Meeting, held in conjunction with a group of associations known as the Allied Social Science Associations (ASSAs), welcomes approximately 13,000 attendees each year to present research on topics of general economics, as well as interviews for jobs. Meetings have been held virtually for the past two years.

“I was pregnant during ASSA,” Liz Ananat, an economics professor at Barnard College, wrote on Twitter. “We cannot ensure that pregnant women are fully included in [economics] subject to going to a place where they may not receive appropriate care in the event of an emergency.

Like more than 3/4 of the economists who gave birth, I was pregnant during the ASSA.

We cannot make the full inclusion of pregnant women in the econ dependent on travel to a place where they may not receive appropriate care in an emergency.

Please join me in signing👇 https://t.co/Ad1bKZzdRW

The AEA did not respond to a request whether it would change the location of its next conference. Although Louisiana’s abortion ban has been temporarily blocked, a hearing is scheduled for July 8 to decide whether the injunction should continue. If the ban goes into effect, abortions in the state will be banned, with limited exceptions to protect the health of the mother.

Organizations just beginning to recover from the Covid pandemic may not feel like canceling or moving big events just yet, said Joan Eisenstodt, meeting and event industry consultant. ‘hotel. Professional organizations often sign contracts for large annual meetings or conferences over five to 10 years, and damages for cancellation can run into the millions of dollars, she said.

It would seem that organizations are preparing for the overthrow of Roe. When Northstar Meetings Group surveyed 281 meeting and event planners May 13-17, 43% said they expected state abortion laws to affect the sites they choose to host. events. Of this group, more than 80% said they would support states that allow abortion, while 54% said they would not meet in states with anti-abortion laws.

Government employees in Montgomery County, Maryland have previously been barred from attending conferences and events in states without reproductive rights protections. County Executive Mark Elrich, who made the decision following the June 24 Roe decision, said he refused to provide funds to state economies, showing ‘hostility to reproductive freedom’ .

Roe’s reversal could pose a challenge not only to business organizations and meeting organizers, but also to cities and states that depend on their revenue. An estimated 13% of meetings and expos held in the United States brought in $10 million or more to their host destination in 2019, according to consumer data firm Statista.

Congressional and visitor’s bureaus in states that have already enacted abortion bans appear to be waiting to release any official statements about the laws’ potential impact on businesses. “We don’t have enough information or knowledge about how the decision affects Wisconsin to be able to offer perspective,” said Rob Gard, director of communications for Destination Madison, which oversees the convention and visitor bureau. of the city of Wisconsin. Clinics in Wisconsin no longer offer abortions after a ban dating back to 1849 took effect, but the state’s Democratic governor has pledged to grant clemency to any doctor charged under the law. In Pierre, South Dakota, where abortion is banned without exception for rape or incest, Tia Kafka, CEO of the city’s Chamber of Commerce, said it’s too early to tell how these laws will affect people. meetings, because their busy season begins in the fall.

Industry groups have already come under pressure to move their annual meetings, including when the states have passed a number of “bathroom bills” targeting LGBTQ youth from 2017. Around this time, some organizations began to include clauses in their contracts allowing them to cancel events if state or local laws were passed resulting in discrimination based on characteristics such as race, gender or orientation. sexual. Eisenstodt said hotels and convention centers are often hesitant to include such clauses in their contracts, however, and they remain rare.

With Roe now canceled, professional associations like the AEA will not only have to consider how their bottom line might suffer if attendees fail to attend conferences held in anti-abortion states, but also whether they might be held liable under the new state laws seeking to punish people who “aid or abet” abortions.

“We are in a world where a lot of people don’t think about the future,” said Eisenstodt, asking “if this happens, what will it mean for us?” She said she would encourage customers to think about “what if?” scenarios when planning meetings, especially if they plan to hold meetings in states that ban abortion. 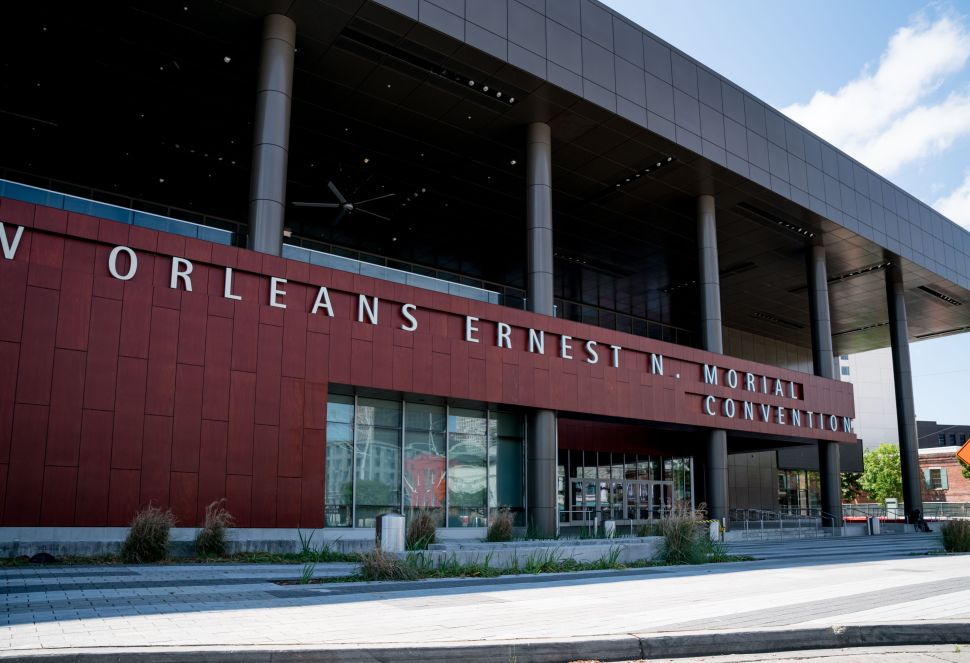